One Christmas, I received a gift that I didn’t realize was going to end up being used nearly as much as it has, and that’s the Hohner Melodica 37, an incredibly cool little instrument that is now in several of our recordings. We use it live at our shows regularly, and It is become a bit of a balancing act, moving from guitar to piano, to melodica, but our setup has changed so many times, we’ve gotten used to it. 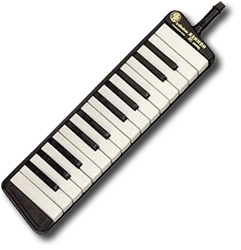 We discovered this little instrument at a concert one night, watching our friends’ band Bad Bad Meow perform. One of the band members pulled it out, and as soon as we heard the super unique sound that comes out of this little thing, we just stared at the guy, asking ourselves, what on earth is that instrument? Eventually I found out it was a Hohner melodica and I did put it on a Christmas list, not really even expecting to get it (you know, often times parents prefer to gift socks and sweaters than they do toys).

Nifty Features Of The Melodica

The melodica sounds like a mix between an accordion and a harmonica, and you blow into a mouthpiece while playing the notes. So if you’re a pianist or keyboardist for instance, and enjoy experimenting with different sounds, you’ll probably fall in love with this thing. This instrument is really light at only 3 pounds, and easy to play too. It came with a nice little carrying case too, which helps total klutzes like ourselves to keep it from breaking…however It is a little too late for that, cause we did bust up the mouth piece already, but Ivan was able to superglue it back on.

This instrument has 37 keys, and, there are other Hohner melodicas out there with fewer keys. I couldn’t really tell you about their quality or sound, but I’m guessing it would be fairly similar to this one. This one comes with a few different mouth piece options, based on how you’d want to play it. We just have one piece we use that we’re happy with. But you could use the bendy straw-like mouth piece that comes with it if you wanted more room to move your head and neck around while playing. 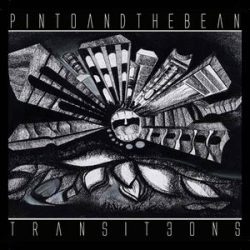 The first song we used it on was Gunshot from our Transit-Eons EP. There came a point when we were brainstorming ideas for the bridge of the song, and for whatever reason, we looked to the melodica and thought that could be an idea. So we tested it out, and it actually turned out to be really cool. It comes in right around the 2:45 mark. It sounds the most normal in that song, as we’ve progressed with it in new songs, by experimenting with different effects running through it. So now, we keep it with us always, cause there’s no telling when It is gonna make its way into a new tune.

Get Weird With It!

As you may already know from listening to our music, we don’t really follow any kind of conventions while writing our songs or with the instruments that we use. We let things flow as naturally as possible. So, as we started experimenting with the melodica more and more, we couldn’t help but start running it through different effects, which, admittedly, is something we are a little obsessed with. So, when you hear it on Gunshot, it was still in its innocent phases.

We actually bought a pickup off Amazon which was super inexpensive, and did the job of allowing us to run it through some delay, reverb, and even distortion pedals, and of course, we turned a very innocent little instrument into a creature from another planet.

Speaking of other planet-ness. Whenever we play a show now, people do come up to us and ask what that little weird hand held piano-like instrument is that we’re playing during our songs. And of course, I tell them It is a melodica, a super cool little creature from the planet of Melod.

Having A Melodica Is Like Being A Toys R’ Us Kid 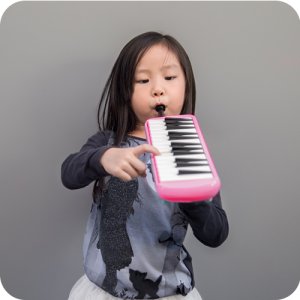 I mentioned that we run it through effects, but by itself, the Hohner Melodica is awesome too, and just fun to play and sounds just as weird without any effects being run through it. Even if you don’t consider yourself to be very musically inclined, It is one of those instruments that feels more like a toy that you can just enjoy, and that can easily be bought on a budget. It just doesn’t really sound like any other instrument you can think of, so even if you suck at playing an instrument, people will still ask you, “what on earth is that weird ass instrument you’re playing that is completely off-key?!” As I mentioned earlier, I guess I can compare it to a harmonica or an accordion. I suppose It is sort of like the two of those instruments combined. Technically It is a woodwind instrument by the way.

But Seriously Here’s The Lowdown

This instrument is just fun to use. I think this thing could be equally useful as a gift to a kid who just wants an instrument to play with, or a professional musician who wants to experiment with new sounds by using a not-so-conventional instrument. 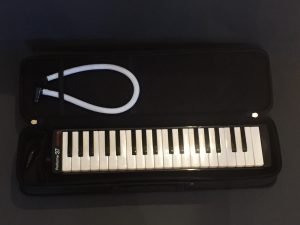 I’ve always wanted a bagpipe by the way. This instrument is one instrument we do NOT have among the other millions in our storage rooms. But you know what – this little Hohner Melodica 37 is cool enough to take place of a bagpipe in the mean time. Hold up, you’ve heard me compare this instrument to an accordion, a harmonica, and a bagpipe. I know I’m really stretching things here, but all three of those instruments do have comparable sounds if you think about it. The sounds that come from those instruments you can’t exactly describe I guess, but you know it when you hear it. You could get something similar from the melodica.

Thanks for reading. Please leave any comments or questions below if you’ve got em and we’ll be happy to answer them. If you enjoy reading about our weird musician lives, please join our mailing list to get updates regularly right here. We send out unreleased tracks, videos, and other fun stuff exclusive to our mailing list members. Talk soon!

Anyone else have a slight obsession with carving p

Been writing a lot of song ideas in the past sever

Our rehearsal space...plan is to release new music

If we ever had a cat in our band, this would be th

The one eyed creature from our new claymation musi