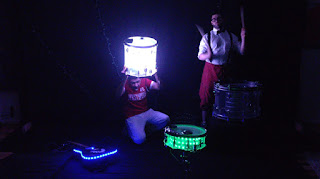 Our ‘Let’s Make Noise’ music video is HERE!  The specific video release date information is listed below.  Nick Palazzo, our director and good friend, is just working on the final touches as we write this.  We realize many of you are excited to see it; but rather than do the traditional YouTube release as we’ve done in the past, we decided to spice things up a bit…because we’re pinto beans – and pinto beans are best served spicy.

Two of the ways you can access the video involve you and ourselves watching it together while throwing back a few beers.  The other two options are much more cyberspacey if that’s more your thing.  So, without further ado, below are 4 ways YOU can check out our music video for ‘Let’s Make Noise’. 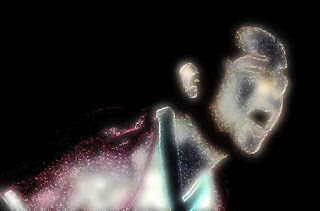 1)  Friday, March 30, 2012 (Double Decker House Party – 2953 N Milwaukee Ave, Chicago, IL) The Premier of ‘Let’s Make Noise’ music video.  This will be the very first time any human being aside from ourselves will witness this video.  We will be releasing the video on a projector at a hot and sweaty house party in Logan Square before our performance.  Our good friends ‘Bad Bad Meow’ will also be releasing their first official music video that night with us.  If you like drinking until the early hours of the morning in packed houses, then you’ll probably have a bad ass time at this party.  Last time we were there, you could barely move!  Fair warning.  Tune into wluw.org on Thursday, March 29 @ 9pm central time for a ‘Battle of the Music Videos’ radio interview. 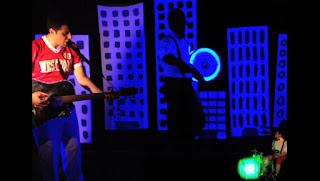 2)  Thursday, April 5, 2012 (Beat Kitchen – 2100 W. Belmont, Chicago, IL) – ‘Let’s Make Noise’ video premiers via projector at Chicago’s Beat Kitchen before our performance.  For those of you who missed the party, this night will be more of an OFFICIAL release of the video, with extra perks.  Each person who signs up for the free raffle will receive a goodie bag including a free copy of our album ‘The Waiting Place’, and opportunities to win free t-shirts, signed posters, drum sticks, and guitar picks.  Also, by coming to this show, you will be supporting a good cause.  The CCAC (Chicago Children’s Advocacy Center) will have a table set up at the venue to explain how you can prevent sexual child abuse. 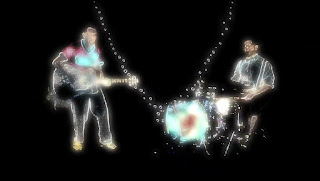 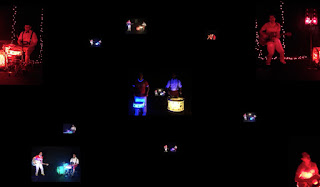 4)  Thursday, April 19, 2012 (Worldwide Video Release) – ‘Let’s Make Noise’ music video will be officially released via YouTube to the general public at 4 p.m. central time – in order to view it, simply visit pintoandthebean.com/video.  More details coming soon on how you can appear in our next music video by helping us promote and share this one.