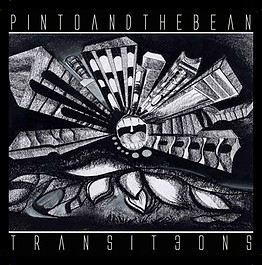 Several people have told us one of their favorite songs from our Transit-Eons EP is Better Off Alone.  I took a listen to the song recently, and it hit me that Adderall and alcohol had a huge role in the outcome of that final recording – well specifically the adderall.  I haven’t really listened to any of the songs from that EP for some time, and I had this urge suddenly to put it on.  It’s possible I was just trying to re-connect with a specific emotion, and that song definitely has one, which I guess you could say is somewhat nostalgic, isolated, or sad.

A lot of the time, I can’t remember how our songs were written or how they even came together.  More often than not, once a song is finalized, if I try to think back on how it came together, I honestly can’t remember how we did it.  It’s so weird.  It might just be that when Ivan and I are in that songwriting mode, I just forget reality to some extent, and dive into an alternate universe of songwriting.

The Sun’s Been Shining Down On This Town

That said, I can definitely remember when we wrote Better Off Alone.  I was having a majorly emo night.  What else is new?  There were conflicting emotions of nostalgia and missing people of my past, while at the same time, I just felt isolated in the present, without anyone to share my current life adventures with.  I was quietly living life and moving forward at my own pace alone.  At the same time, I was peaceful with that reality, and very accepting of it.  It felt like a quiet and calm life but with an excitement brewing deep inside.  It’s weird I guess, because the song itself came from a sad place but also one of confidence too. 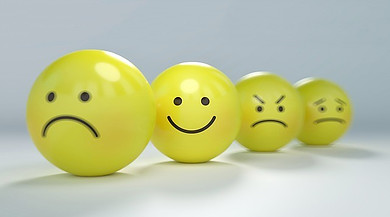 One of the things I must remind myself to always be grateful for when it comes to writing music with Ivan, when we DO get along and we’re on the same wavelength for a moment, is that he’s always able to
compliment whatever the emotion it is that I’m feeling.  We’re very different in the way that we express ourselves, BUT, he knows exactly how to capture an emotion with me into music, and puts in his own perspective on it, and that’s how the majority of our songs come to exist.  Sometimes it’s also the other way around, where he brings the music, and I try to figure out an emotion that makes sense with it.

So, I remember that night we wrote Better Off Alone. I just started playing that guitar riff from the song. Ivan still had his drum set up at the time, and started playing a simple beat for it.  Damn, I’m pretty sure we have that original rough recording somewhere amongst the scatterbrain mess of unfinished songs that we have, which I will find and save somewhere!

At the time, I was told that I can’t keep a single thought going for more than a minute without going off on a tangent, and then diagnosed as having adult ADD…as opposed to child ADD?  Actually, different friends still tell me I’ve got some pretty heavy ADD today, although I don’t take medication for it anymore like I did back then.  I’ve seriously considered it though, cause I do remember it actually being beneficial in certain areas of my life, specifically in my ability to focus on tasks at hand, which is what people take it for anyway.  Being a major scatterbrain, I’m not fully sure why I stopped. 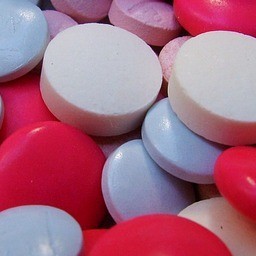 Anyway, Ivan knew that I took these ‘pills’ for my ADD and that specific night, I just said dude, here do you want to take one with me?  I don’t know why it feels weird mentioning this.  I guess it’s cause I haven’t ever told anyone about the specific story behind the song, but what the hell, that’s the point of writing these blog entries anyway.  Honesty is what I’m going for here.  And it’s not like there aren’t tons of people diagnosed with ADD out there sharing their Adderall with friends to get high.  BTW, I’m not even remotely encouraging this.  I’m just saying, I know it happens.  And I’ve actually been to Adderall parties, which I didn’t know were parties specifically for that drug until I got there, which I honestly don’t understand the concept of.

So, we took a couple of pills, and shortly afterwards, the way the song came together was so focused, seamless, and fast.  It also just felt very emotionally powerful to me.  I can’t remember ever writing a song with Ivan that all came together like that.  Every word and every note of that song all happened in an instant, or at least within about 30 minutes of time.  We had never done that before.

My guess is that the combination of emotions that were stirring that night, along with the
focus from the medication, and us just both feeling the music and having some drinks, all aligned into a song that we’re both very proud of today.  It was as if though the song literally just flowed from our fingers, into our instruments, and straight onto a recording that now exists on Transit-Eons.

What’s funny is Ivan mumbles a certain lyric in the chorus which can’t really be written out legibly because I don’t think either of us fully knows exactly what he’s saying, but it doesn’t really matter, cause the whole song just feels right and it all makes sense in the end anyway.

The Beginning Of Electronic Beats 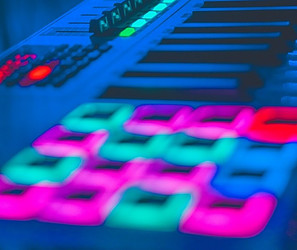 And although that original recording was captured with Ivan’s drum kit, Better Off Alone marks the very first song in which Ivan laid down electronic drums in the final recording.  He eventually replaced his original drums with programmed beats. And what’s significant in that is the direction our band started going in from that point forward.  He started experimenting more and more with electronic beats.  The next song he tested it with was in Gunshot, so those two songs on the record have no organic drums on them at all.

If you don’t already know Better Off Alone, you can take a listen to it below.  It’s a very special one to us. It’s a chill tune, so if you’re feeling spastic and bouncing off the wall right now, then maybe take a listen to it another time, when you’re mellow yellow.  We wouldn’t want you to break a hip, or whatever else could be broken when bouncing off walls.  Thanks so much for reading and learning more about our music and weirdness.  It means the world to us.

7 thoughts on “Adderall And Alcohol – The Birth Of A Song”