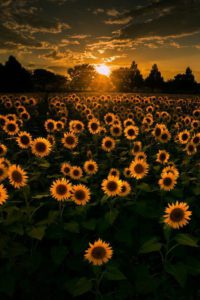 Music is my life, and it’s always been…but my relationship with it has changed so much over the years.  It’s really no different, I suppose, than a relationship with another person, whether that be a friend, or a romantic partner.  I truly believe that if you want to make a relationship last, you HAVE to work at it, and accept the fact that it will change over time, and one day not be nearly as pretty as it was when you first discovered it.  People change, and grow, and our love for our passions also do.

In the beginning, my relationship with music was an infatuation or an obsession or whatever you want to call it.  When I first got my Guild acoustic guitar, holy crap…I couldn’t live without that thing.  Even when I went off to college, I often slept with it at night. 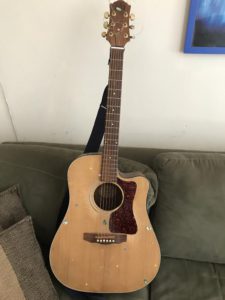 Music is what I lived and breathed from the moment I woke up each morning, until the moment I went to bed each night.  Thinking back on it, the real reason I kept this guitar with me at all times, is because it captured all my insecurities and doubts and fears into songs I would write.  So I was able to trap all and any unpleasant feelings into music, record it onto tape, and just keep it all there.  And so, I told people, I would never need a therapist, cause music did that job for me.

I either walked around town with my guitar in hand, or wearing a pair of headphones listening to music…always.  Someone once called me a walking advertisement, which I thought was pretty amusing. 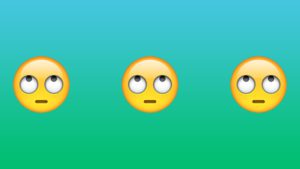 BTW, I should preface this by saying, I didn’t even want to go to college in the first place.  The ONLY thing I cared about during my senior year of high school was music…music, music, music…and this completely terrified my ultra conservative parents.  It also made my guidance counselor roll her eyes 100 times in disapproval when she asked what I wanted to do after high school.

So, when it came time to take the S.A.T.s (the Illinois state exam) and my dad threatened me only an hour before I walked in to take the test, that if I didn’t do well, I’d be punished or some shit…well, I copied off the girl next to me.  Yeah, I know, these tests are supposed to be secure, right?  Like there’s no way the person next to you would have the exact same test form and answers.  Well, I guess they screwed up that day, cause I got a nearly perfect score, which baffled my parents considering I wasn’t doing well in high school and I wasn’t even in any honors classes.  So, I got accepted into U of I…which, let’s say, I was pretty much thrown into, because, according to my dad, there’s no way I’m going to pass up this kind of education that was offered to me…so okay, I went.

And I spent my years there copying off other test takers, and just playing music and living in my own little fantasy world.  Four years came and went, and honestly, they were the best four years of my life, and I wouldn’t trade them for anything.  I learned so much about life and relationships, and I actually DID legitimately get smarter!

But then came another problem…after college, living at my parents place again, and I was really depressed actually, cause I was missing my free life of being on campus with all my friends…then the question came, ‘what are you going to do with your life?!’ 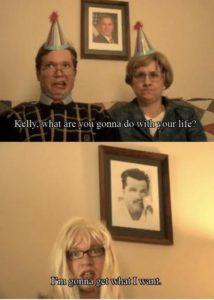 Shit, all I care about is music!  You guys know this, but the thing is, I’ve always allowed my family to dictate the direction my life would go in.  I love my parents to death, and I know they love me unconditionally, but I realize now, that I never was encouraged to find my own way in life.  What their plan was for me, was the right plan.  Follow the rules.  Follow the norm.  Follow what everyone else does.

And it was shortly after that, I became a teacher.  Now, I fought this big time…but my brother spent a night with me, and I’ll never forget.  He said, your music is only gonna get better if you do go be a teacher, at least temporarily.  It’s going to give you new experiences and reasons to write.  It was something along those lines, and I thought to myself, okay, I’ll do it.  And I did.

The biggest fear I had about going into the ‘real world’, is that once you go in, you are never able to come back out.  It’s this force on earth that no one can escape.  And then we slowly but surely get pulled into some other existence, and forget all the things that once made us alive.  And then 40 years pass, and all you can do is wish you had done something else with your life.

It’s important to mention all this, because this journey into the real world, the place I was so terrified of becoming a part of…DID change my relationship with music.

My priorities changed.  I soon moved to Chicago, had a great paycheck and benefits, and I was living the life of going out with friends, eating out at restaurants, watching movies, and just enjoying meeting new people, going to concerts, and a bunch of other awesome stuff.

And let’s also not forget that people respect teachers.  So, on top of having a comfortable life, it’s a profession that others are interested in openly talking about during dinner, because it fits snuggly into the norm of society and its expectations.  This is NOT the case when you try to talk to someone about having a dream, one in which you constantly fail and run into obstacles on your way to it.  But you keep going anyway because your heart knows it’s what must be done.  That’s the kind of talk that makes most responsible adults wanna desperately change the subject.

So one day, I guess I realized, my priorities were no longer on music. And that’s when your heart starts to speak to you.  It starts to tell you to wake your ass up.  It starts to make you feel uncomfortable.  It’s a nagging thing, telling you that you’ve lost track of your path and you need to make a change soon before you lose yourself completely.

It must have been shortly after that in which I just made a decision to leave the world of teaching.  It’s not because I didn’t love being a teacher.  In fact, some of the students I used to teach have contacted me and told me I’ve been an inspiration to their lives, and man, that feels SO good, I can’t put it into words.  I really did love those kids a lot and those who have contacted me, I love knowing what they’re up to.

Let’s fast forward to today.  Cause this blog article feels long, and if you’ve made it this far, then you’re a rock star.  Thank you.

Things aren’t as glamorous as they once were in regards to music.  But it is a life that I put all my energy into now.  I’ve learned some lessons.  Wherever you invest the bulk of your time, that is what you will become.  I had to find my way back into being a musician again.  I always WAS one, even during my teaching years.  But now I’m a musician in a way that I feel proud of how I’m spending my time, and it feels so good to reconnect with it.